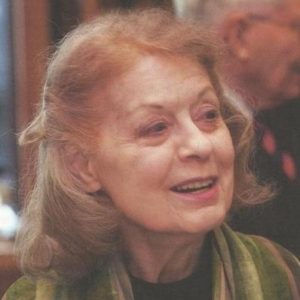 Marilyn Gaddis Rose, Professor of Comparative Literature and co-director of the Translation Research and Instruction Program at the State University of New York at Binghamton, United States, passed away on November 15, 2015.

Professor Rose was author of the textbook Translation Spectrum: Essays in Theory and Practice (1981), and Translation and Literary Criticism: Translation as Analysis(1997).  From French, she translated important literary works by Sainte-Beuve, Julian Green, Louise Colet and Villiers de l’Isle-Adam.

Personally, I have very fond memories of working with Professor Rose on her book Translation and Literary Criticism, for which I was the editor. Our discussions, I remember, deviated hugely away from the book, into our families, linguistic problems in French, Walter Benjamin’s Baudelaire, with Professor Rose offering numerous conversational asides that in themselves would probably have made a good further book. From the outside, I came to understand the passionate loyalty of her former students, who are a very special group of scholars.