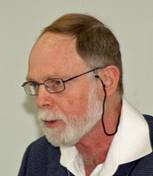 Gideon Toury, one of the founders and great points of reference in international Translation Studies, passed away in Tel Aviv in the morning of October 4, 2016.

Gideon was one of the most influential scholars in the history of Translation Studies and played a pivotal role in the development of the discipline.

His dedication to the development of Translation Studies motivated his editing of the newsletter TRANSST from 1996 to 2001, in the days when information still circulated on paper.

Professor Toury was EST Vice President from 2001 to 2004; he was on the Scientific Committee of our Lisbon congress in 2004; in 2002 (Newsletter 20) the EST expressed its condemnation of his exclusion from St Jerome Publishing; he represented the EST at the first IATIS Conference in Seoul in August 2004.

He is much missed.

Through his friends Itamar Even-Zohar and José Lambert we have been informed of the passing away ofProfessor Gideon Toury on 4th October 2016. He was only 74 years old. His health had been declining for several years, but the news of his death still comes as a shock.

Gideon Toury has played a key role in creating and defining the field of Translation Studies. It is symbolic in several ways that he was the first CETRA (then CERA) Professor in 1989, that he went on to contribute to many later editions of CETRA, and that his work has never stopped inspiring our research to this day. Older colleagues will remember the rapid rise of Gideon Toury to international prominence from the mid-1970s onwards; many younger generations of the CETRA community had the privilege of attending his lectures and seminars, or even of discussing their projects with him during a tutorial. The youngest CETRA recruits will mainly know Professor Toury from his publications, which will continue to belong to the core of the research field for many years to come.

We are all deeply saddened by the loss of a unique scholar, a generous colleague, a dear friend. He will be missed but his legacy is sure to remain.

Gideon was EST vice-president between 2001 and 2004. I really appreciated his convictions, his subtle sense of humor, even his mischief when we needed to solve differences or contradictions between points of view in the Board. Gideon always cared about the development of Translation Studies, both as a field of research and as a discipline, never forgetting any of the different stakeholders – from the young scholars to the public of readers, viewers. His methodological requirements, as well as his worries about the impact and effects of translation on the cultural exchanges, never restricted his horizon: in our meetings, he was not necessarily the most talkative member but his words were most of the time shrewd, relevant, and he knew how to situate and frame our positions, with impartiality. Gideon knew well how to resist personal attacks from the general editor of a journal, perhaps not without a secret sorrow. However, his cool attitude to poor rhetoric made him a very careful listener, a very patient man, an always deeply respected colleague.
His wisdom will be sorely missed.