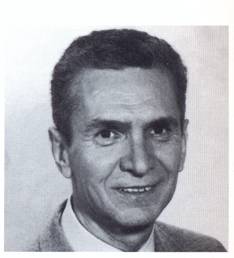 Croatia’s renowned linguist, lexicographer and translation scholar, Professor Emeritus Vladimir Ivir, died in Zagreb on Monday 21 February 2011 at the age of 76, after a long illness.

During his long and fruitful career Vladimir Ivir taught as a visiting professor at universities around the world, including Trieste, Sydney, Melbourne, Adelaide, Provo, Taipeh, Berkeley, Graz, Ljubljana, Sarajevo, Novi Sad and Skopje.

Professor Ivir was the author of the first book on translation theory and practice to be written in the Croatian language (published in 1978), and he introduced translation theory as a subject in the Department of English. He taught this course, as well as courses in English syntax, semantics and lexicology, until he retired in 2004, upon which he was appointed professor emeritus.

His research in the field of Translation Studies was done mainly within the theoretical framework of contrastive analysis. He is best known for his communicative model of translation. He published extensively in Croatia and abroad.

In addition to his academic and scholarly work, Vladimir Ivir was one of Croatia’s leading interpreters, frequently appearing on radio and television as a simultaneous interpreter during broadcasts of important world events. Older generations of Croats remember his voice from the NASA broadcast of the landing on the moon in 1969. With a group of colleagues he founded the Croatian Association of Conference Interpreters in 1974.

Vladimir Ivir was also the author of several Croatian-English dictionaries of business and administration.

He won many national and international awards and honours, including the British “Member of the Victorian Order” and the Danish “Ridder af Dannebrogordenen”.

Ivir, Vladimir. 1987. “Procedures and strategies for the translation of culture”. Indian Journal of Applied Linguistics 13(2). 35-46.